Home Commentary A hoax in the age of seeking virtual trust 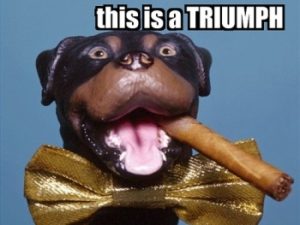 It’s hard for a community to ask others to take itself seriously if it continues to demonstrate examples of abusing the very tools that we hope will become more widely adopted.

Now this comes from someone who used to enjoy running the April Fools Day story in the college paper (until the one year that one of the advisors removed the words “April Fools” from the copy to fit the story in – major stress ensued).

I also listen to Orson Welles‘ radio adaptation of The War of the Worlds every Halloween understanding how most folks who tuned in late may have assumed that an attack on our planet by aliens was imminent.

There are many out there viewed as leaders online (at least to those that choose to follow you) who talk about operating in this world of trusting in people and organizations using ever-changing technology fighting an uphill battle every time someone feels like punking out the Internet.

So while I fully admit that I fell for the Conan O’Brien joins Revision 3 hoax that took place during the Diggnation party at SXSWi in the beginning last night, the lack of true banter and the virtual high-fives made we a little weary. Even if you don’t think it was funny, you have to marvel at the speed with which the information spread online. It did demonstrate just how powerful the crowd can be when activated though not in the same way as it does for efforts such as the Haitian and Chilean earthquakes.

I wasn’t the one that made the phone call to Conan to see if it was true (that would involve having access to a phone number that I doubt I will), but I was one of the folks that actually tried to see if I could get a response from Revision 3 or O’Brien via their Twitter accounts. The silence was deafening enough to signal that things weren’t quite adding up. Then came the post from Clement & Co. after folks were already realizing what happened.

It really shouldn’t have surprised anyone that Conan was contacted last night to see if the story was true. We live in an age where folks are still trying to get that edge and claim the title of being the first to break a story as the news industry attempts to figure out how it’s supposed to operate in this digital era. There are many who retweet, share or click on a post with the words breaking news or exclusive in them without first questioning the source because we’re supposed to trust that our source is telling the truth as mentioned in this CNET post earlier today.

Now that all of us have the potential to serve as citizen journalists or online brand managers, we have to weigh the fun of duping portions of the virtual world with a tweet or a post with the long-term consequences of going to the well of hoaxes too many times just because.

I’m starting to realize that the curation of these information streams will become more important as time goes on. Part of that will include serving as a watchdog of media – in all of its forms probably in a much more vigilant way than Brill’s Content tried to be . This may be impossible to truly accomplish (read all six in order from left to right) and so we’re left with a new version of the long standing question of “Who do you really trust?”

I’ll keep an eye out for the next hoax and probably laugh for a while at just how gullible some folks (including myself – as I did this time) are to believe whatever they see online.

Then I’ll probably start wondering when those in positions of influence will realize that it’s just making it a little harder for some to see the true benefit in participating in the virtual world. If the online world becomes completely serious and sanitized though, we’ve lost as well.

I’m hoping that I’ll hear from some folks that disagree with this or who think that I may be looking at this situation too critically or seriously. I’m looking forward to hearing from folks (or hearing from no one – I think I can take it nowadays).

Now if I could only get Conan to add a date in Birmingham, AL to his upcoming tour (or @shwood to visit)…

Photo: this is a TRIUMPH by Torley/Flickr