I got excited when I saw this month’s Carnival of Journalism prompt:

Considering your unique circumstances what steps can be taken to increase the number of news sources?

As mentioned in the piece introducing the prompt, the wording was chosen for a reason.

I’m thinking that a focus should be turned towards making sure that those who we serve as journalists – our readers – better understand what new tools we’re using and how we use them, hopefully encouraging them to use those same tools to notify us of what’s going on in their part of the universe.

I’d been thinking about this very issue a lot late last year, so I actually submitted a proposal for this year’s Knight News Challenge. While it didn’t make it past the first round, I’m still pursuing getting it accomplished. I hope it’s here in Birmingham, AL, but I’d be willing to try it anywhere that wanted to give it a shot. 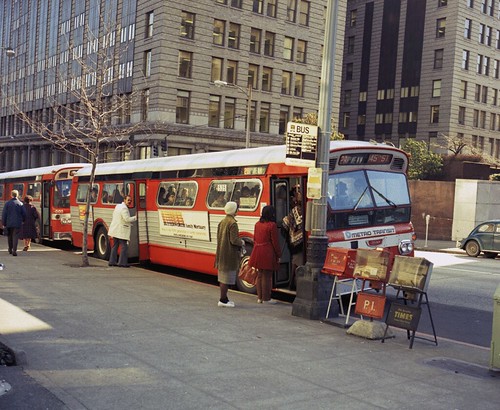 The idea? Convert an older bus into a digital newsroom – one that could be used by contributors to The Terminal as a way to produce expanded content on location while also serving as an educational tool for children and adults alike about just how things like e-mail, Twitter, Facebook and texts can be in helping build a collection of information about a topic.

It seemed a little far fetched. One of the issues in putting together a proposal was not having something to reference as a sustainable example. I’d wondered if ideas like converting the engine to run on vegetable oil and potentially providing digital advertising opportunities on the side of the bus were a little too far out there.

Luckily I finally stumbled across an example a few days ago – New York’s BioBus.

It’s not the original one (that honor goes to the one at Georgia State University), but that in itself shows that the concept is solid and sustainable.

While demonstrating online tools may not sound revolutionary, it does help folks realize that they’ve become part of a much larger ecosystem that can have an incredible impact on their communities. They may also realize that they can help us tell their story better than ever before by using some of these new tools to make us aware of things that may appear to be behind the scenes to us but is out in the open to them.

The other great thing about a bus is it gives us an opportunity to provide resources like computers to those in the community who don’t have them to help them share what they know with others.

Incidentally, it doesn’t have to be a “mobile” model – though that provides opportunities to reach more people. There are people all over the country that can organize opportunities to train folks in using some of these tools. It could be a paid seminar or a quick free seminar at the coffee shop.

It’s important to help as many as possible realize that the power of the press is in their hands more than ever before.

Does anyone want to share examples of the types of sessions they’d be willing to offer to help?

NOTE: This is the second of four posts being orchestrated as part of the relaunch of the Carnival of Journalism (led by David Cohn) and leading up to Hardly Strictly Young in April.