The domain used for the community news site that I launched in 2007, The Terminal, expires this week. Four years seem to have flown by while many things have actually stayed the same.

Perhaps the notion of consistently staying happy and enjoying life seems foreign to you, but it’s become extremely important to me. It’s one of four lessons I’m sharing both here and on my personal blog, Dre’s Ramblings, over the next four days. 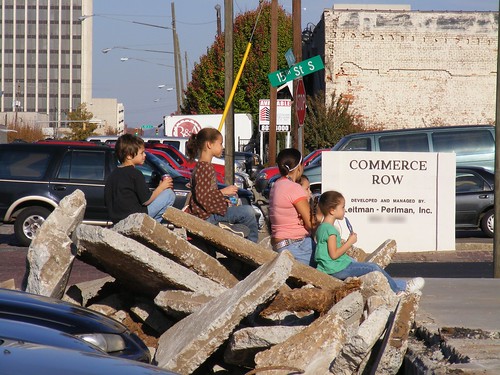 I’m hoping that it helps start a conversation about managing online news outposts or other types of long-running projects.

Today’s installment of Four Years, Four Lessons looked at having fun. The posts in this series shared on the personal site give me a chance to pound out my thoughts while the corresponding ones here are talk about what I do to help it stay fun.

Looking over what I’m about to share, maybe it’s better described as a list of how I try to stay sane…

Pay attention to the timer

I recently wrote about my experiences using the Pomodoro method. It’s become a helpful reminder that there needs to be at least an occasional break from what I’m doing for work vs. what I’m doing to disconnect. It forces me to take several small breaks a day. The time away from the machine helps me enjoy the time at the machine or doing work that much more. Luckily here I’ve got a few places to get away to escape if necessary.

We’re always talking about our digital outposts – whether they be Facebook, Twitter or that Meetup group. It’s nice to get a chance to connect offline though, especially when I see folks with whom I don’t have to talk shop. There’s a reason that so many of us digital nomads like to work from coffee houses, even if we don’t talk to anyone. It allows us to remember that we’re alive. It’s one of the great things about living in an urban environment or having the chance to interact there.

One of the things we did early on with The Terminal was call a very loosely organized monthly mixer giving some folks a chance to interact with the writers and the other readers. The Terminally Happy Hour is ready for a return in the near future, as it also helped me get to know exactly who some of our most dedicated readers are and what they wanted next – a nice reminder from the folks that matter most.

Don’t forget about digital outposts though.

There’s a reason you’re online; my reason was to share information while also seeking out new people to talk to about issues that I felt were important. One of the projects that we’ve tried online is called #bhamchat, a weekly Twitter chat looking at issues affecting the metro Birmingham area. It’s been normally held on Tuesday evenings but we’ll be starting to hold one daytime edition a month on the last Thursday of the month on a trial basis. It’s a great way to reach out and connect with folks that aren’t in the normal digital sphere of influence (as are some of the other Twitter chats out there). There are also other forums and groups that can be accessed for the same result – a reminder that sometimes there’s more out there than what you’re dealing with intimately every day.

This is an abbreviated list, but I’m hopeful that folks will add their ideas & thoughts below.

What do you do to have fun in the midst of your digital existence?