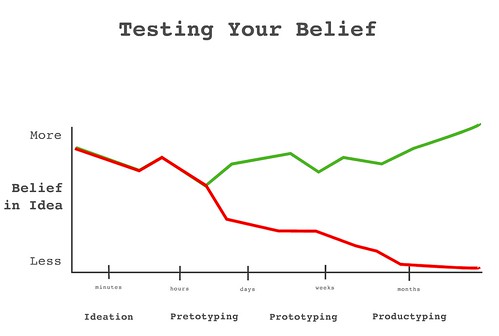 I’m sitting in a Starbucks in Mountain Brook, AL (literally a stone’s throw away from Birmingham’s urban core) with my earbuds slipped in as I try to focus on this post. I haven’t been able to produce regular posts for The Terminal in several weeks partially due to my grappling with the question of how it will operate and move forward, something directly related to the prompts for this eiditon of the Carnival of Journalism.

I’m tackling the two prompts provided for this month as one overarching question:

Are we innovating to improve on what we are already doing or in an effort to completely replace it with something new?

It’s a difficult issue to tackle by yourself, especially when there are more people willing to ask you to write their story for them than there are folks who want to help craft pieces with you that can help others navigate this increasingly crowded world of opinions and nuances.

I’m not sure you can really replace how we “do” journalism, only how we approach it. People are still going to ask questions and look for ways to verify the information or share it in a way that allows as many people as possible to understand it.

Tools like Storify, Quora and Ushahidi have helped change how we can approach the art of reporting. Projects like CoverItLive, Windy Citizen and EveryBlock have given us new ways to interact with readers. Citing efforts like this it’s easy to claim that efforts like the Knight News Challenge has been successful, if not inspirational (despite maybe not always doing what we want it to do).

I’d argue that one of the best ways to embrace and encourage innovation moving forward is to find more ways for those creating new tools like these to interact and brainstorm with each other as well as their intended end users, whether they be the journalist or the reader. It’d be nice to make sure that we’re helping them actually do or access what they need.

I’d prefer regional opportunities in addition to virtual and in person but no matter what, it’s impossible to truly innovate without sharing. Events like last year’s Block by Block Community News Summit provided an important first step in the process for one segment of the population. Those of us who produce these stories at the community level spend so much time staring at a screen that we crave any opportunity possible to truly engage with others doing what we do.

Conferences like SXSWi and ONA already provide opportunities to have some of the leaders of new media to interact and innovate, but there are few opportunities that are reasonably inexpensive enough for the majority of us.

Maybe the solution lies in finding ways to support some of the conversations that are already happening online, including Twitter chats like #pubmedia, #wjchat and #journchat?

I’d rather ask what people want instead of what “the next big thing” in journalism will look like. 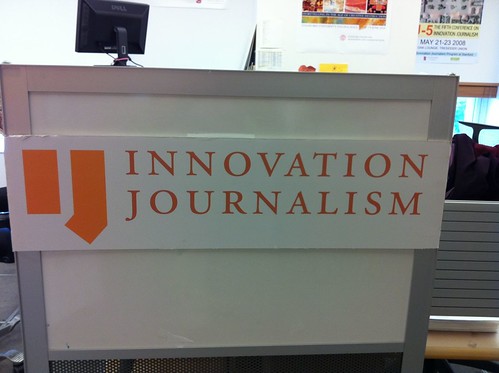 There is also a need to help determine the role of a “modern” news organization and its participants without making it seem as though there will be an inevitable wholesale change.

The days of the daily printed newspaper may be getting closer to the end, but the need for a news organization is probably more important than ever. They will be tasked with an important job – not necessarily to decide what news is, but to help decipher exactly what the information that is readily available from a lot of sources may actually mean for people.

It a lot of newsrooms across the country are tackling this right now, though I’d argue that it would be even more fun if the hackers were in the same room as the content producers while “the magic” happens.

Something else that could be looked at is the notion of journalists embracing their expanded role as a community manager for their readers. Anyone who exists online is having to learn more about how to approach this task, including best practices. It’s not like folks aren’t already writing about it… OK, they are, but it would be interesting to perhaps learn a little bit from those who’ve been doing it for a while.

If there’s one thing that those who produce news know, it’s that no matter how loud you shout it from the rooftops and how many people say they pay attention, there will always be people unaware of what’s truly available around them.

My suggestion recognizes that, but hopes that if we can turn up the volume on what’s already available, there won’t be as much of a desire to reinvent the wheel and further Balkanize our efforts to take the business of news to a new level.

What’s going to happen next? The opportunity to help shape that answer is what both the Reynolds Journalism Institute and the Knght Foundation have before them – without necessarily having to listen to voices from the past.

What do you hope happens?