Home Observations Is the issue time or motivation? 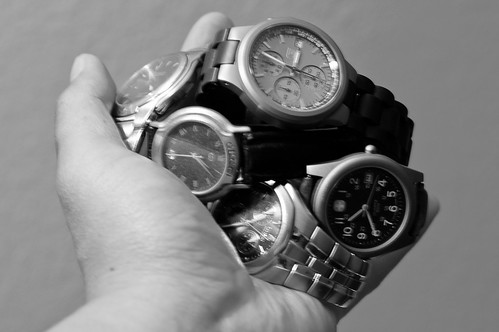 I opened an email this morning from someone telling me that I’d given “way too short notice” for a meeting held this past Saturday morning.

I couldn’t agree more. The original notice had been sent out via email eight (8) days before the second asking for consensus on a meeting time. No one ever answered, leading to the second email only providing three days notice. I wouldn’t necessarily agree with the tone of the message though it’s one of the problems of the digital age. Things like tone and meaning don’t always translate very well when typed.

I was recently involved in an event where I thought I’d given folks “way too short notice” and didn’t think anyone would show up.

I was so wrong. Social media provided the tools and the means to do something that seemed impossible. It also ended up being quite tasty.

I’d been wondering how to mark surviving four years as an online-only publication about Birmingham, AL. The website shares its birthday with the city’s newspaper of record, The Birmingham News. It also happens to be Pi Day – a celebration of the mathematical constant created back in 1988.

One of the many ways people mark the day is with pies. The most inspiring versions of that approach served as the basis of Greensboro, AL’s PieLab. Food will always bring people together, sometimes leading to some incredible collaborations and friendships.

I decided I’d pose the question of what to do to the site’s Twitter followers:

The answer from my buddy Brett Bumeter in Charlotte, NC served as the spark for an idea.

We didn’t sell pies for a fundraiser, mainly because the idea of selling pies to raise funds for a for-profit in a city with so many non-profits hurting financially just didn’t seem right.

What did happen? Well, someone decided to take the reigns and run with the idea:

Later that evening Daniel and I received messages from Beba at Ted’s Restaurant and Woody of FinerGrind Coffee Roasters, two locally-owned businesses, offering to help in whatever way they could. We now had our venue and our coffee. We also had two other venues offer their space, leading to locations for future events.

Daniel immediately had already snatched up a domain for the gathering and we created a hashtag for the event – #piecampbhm. Forty-five (45) people had already signed up for the mailing list before midnight – and we didn’t even know what kind of event we were doing yet.

The focus immediately shifted from being about the celebration to being about the pie. That was fine, but a couple of us thought it was a good time to help raise awareness for a local charity. I ended up asking people to donate to the Birmingham Education Foundation, a new non profit working to improve the city’s school system, if they couldn’t attend or didn’t feel like baking a pie.

By the way – all of the initial organizing of this event took place via Twitter between 2 p.m. March 9 and about 10 a.m. March 10. Four of us met once on March 11 to go over logistics during breakfast. PieCamp Birmingham started at 6 p.m. March 14. That’s a little more than five days folks.

I’ll admit that once I realized that it was forecast to rain on Monday evening, I was a little concerned. I figured I’d just wait and see what happened… 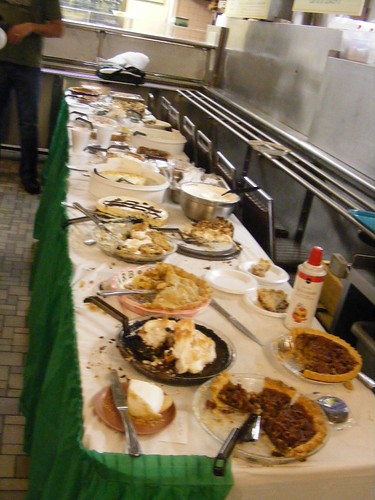 We ended up with 30+ pies, including pizza, Moon Pies, pear and gruyère pie, chocolate fudge pie with a pretzel crust – you get the picture. We had more than 60 people brave the weather to come out and enjoy pie and each other’s company. More than 30 people sent messages apologizing for not being able to attend, wanting to know when the next one would be (tentatively July 22).

Local NBC affiliate Alabama’s 13 sent Chris Pollone out to check it out, leading to a mention during that evening’s 10 p.m. broadcast.

It’s taken way too long, but if nothing else I wanted to publicly thank Daniel, Beba and Woody for wanting and pushing it to make something I’d always wanted to try happen.

The event proved a belief I’d long held while operating in this space. It doesn’t really matter how you contact people. The issue is more than likely whether or not they’re motivated to make a change or to take action in the first place.

Five days, way too short notice. But when you have 30+ pies and dozens of people turn out to talk face-to-face, was it really?