Home Observations What is an urban conversationalist anyway? 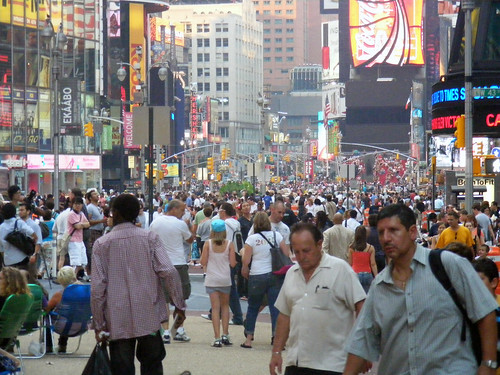 What does that job title of yours actually mean anyway?

I’m sure there are a few of you who’ve discovered me either through the Carnival of Journalism or through online conversations like #journchat & #wjchat asking that question as well.

One of the suggested best practices of establishing a presence online is to find ways to stand out amid the noise of popular buzzwords and catchphrases. I’ve spent the last few months slowly changing my job title from freelance writer and community news publisher to that of urban conversationalist.

While I did grow up in The Bronx (and not that far away from the birthplace of hip-hop), my choice of title has nothing to do with the music scene or with the idea of only reflecting on those issues of importance of African Americans. It has everything to do with how much I love to talk about what’s happening in cities.

A quick search of the Internet led me to these two definitions courtesy of Merriam-Webster:

Urban – adjective – of, relating to, characteristic of or constituting a city.
Conversationalist – noun – one who converses a great deal or who excels in conversation.

Using these two definitions as building blocks, it stands to reason that an urban conversationalist is someone who talks about cities, a lot. That’s at least how I approach it.

I studied architectural history in college, spending my time figuring out exactly how and why cities work. Spending four years behind the front desk of The Eliza Thompson House made it easier to fight a lifelong issue with stuttering (one that occasionally still likes to make an appearance every now and then) while talking to visitors from around the world about the Hostess City of the South and why it worked. If you spend enough time sitting in front of a laptop or monitor you feel that starting a conversation online is easier, a la Mack Collier’s post on the subject. Starting that same conversation offline when you’re an introvert is much harder, though it’s easier when it relates to something you feel comfortable talking about.

The community news site that I operate, The Terminal, focuses on a particular city and the issues affecting it. Its goal is not to beat the daily newspaper on the story but to get folks to realize why that story may be important to the future of the region. I’ve also been lucky to spend the last year writing pieces about how the ever-evolving world of online communication affects the transformation of a city. Previous chapters in my work career were in the field of urban revitalization. These stops in Savannah and Birmingham involved making people aware of the good things happening in their cities and those people who were working hard to make that change permanent, whether they be politician, business owner or resident.

I’d argue that there are a lot more urban conversationalists out there than people realize. I’ve just chosen to share more of my thoughts in written form than most.

Whether looking at issues involving transportation, housing, urban infill, the need to talk about these in detail rather than sticking your head in the sand is extremely important to me and others potentiallyto the future of successful cities large and small. That last sentence takes on significant importance as our gas prices continue to rise – the idea of tackling urban issues is not relegated to major cities but to those small towns striving to provide for their residents as it becomes harder to justify long drives to accomplish simple tasks.

It’s also important to take a look at how the virtual is becoming an necessary component of our physical world. I’m enjoying seeing just how these tools are shaping how cities develop already – and it will only continue to do so as time marches on. There’s also the issue of how the sharing and accessibility of information helps shape the future of the urban space.

It’s a lot to talk about. It’ll definitely keep me busy for a while. I hope now that you’ve got what I hope is a better explanation of what that title means to me.

Now, what does it mean to you?

Or at the very least, what kinds of topics do you want to see tackled as this site moves forward?

Photo: The sea of humanity in Times Square. acnatta/Flickr