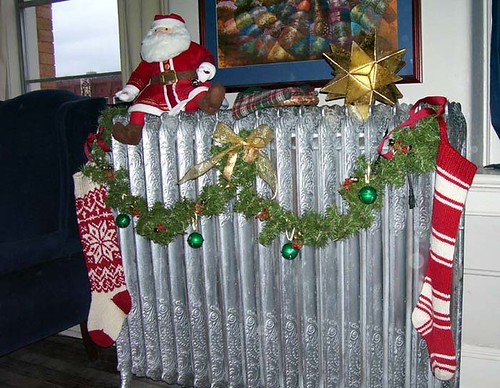 It’s been a long time since I’ve been able to tackle a Carnival of Journalism prompt.

Part of the plan for 2012 is being more involved in conversations about the profession most influencing what I do right now. Taking part in #jcarn helps me do that. This month’s prompt is more than adequate to stir the imagination and  it’s helping me think about how to tackle a project I’ve been wanting to do for some time:

If you are a journalist, what would be the best present from programmers and developers that Santa Claus could leave under your Christmas tree?

Parts of my wish are being tackled already courtesy of projects ranging from Chattarati in Chattanooga, TN, to EveryBlock and SeeClickFix. The ability to explore exactly how we can provide as much information as possible to a site visitor without having them look at a jumbled mess is becoming the centerpiece of discussions about the evolution of  journalism on the web.

So… what about this idea that’s been bouncing around in my head since getting back from a two-week long  road trip where I got to talk to both journalists and developers?

I’d like to see more developers working on a tool that makes it easier for journalists to show visitors relevance. Sounds simple, doesn’t it?

The concept bouncing around in my head is based on having a map dominating the front page of the site, with 3-5 of the most recent/relevant points added referenced. What if you visited a site’s front page and you could immediately see layers available associated with the events calendar showing where they were taking place in addition to the top news stories for the site? Perhaps Google is already heading in that direction with their continuing addition of layers and services to their Maps project but it’s probably not wise to give one company that much control in terms of sharing information.

A side conversation during the December 7 edition of #wjchat brought up one significant issue – whether or not it exposes news deserts already viewed as not being adequately served by legacy media due to cutbacks and layoffs. It’s something site operators and contributors would have to comfortable with – and something that may push them to be more willing to dig for those stories that may actually be happening but not being broadcast.

Most site visitors don’t really care how we get there; they simply want a site that gives them as much information as possible as effortlessly as possible. The challenge comes in providing context and relevance for those stumbling onto the site and those who are looking to learn a little more about a section of town they normally don’t visit.

I just keep wondering what would happen if you had a site that could provide text, video, wiki-like entries for those who truly love knowing everything in addition to context and relevance if it would help engage more people than we do now. It may not, but it would be an insanely powerful tool in the world of civic engagement and serving the greater good of the community in your reporting.

I’m not completely sure we need to be relying on web browsers to help us in that effort – though Google’s recent acquisition of Apture seems to put that solution front and center). Assuming everyone’s on the same level playing field in terms of understanding all options available to end users can be a very dangerous thing. 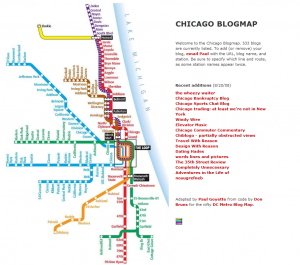 So much of what we cover on our sites is local and we get it as the creators of the piece, but some of your readers may not realize exactly how what’s happening in one section affects what’s happening on your block. There are projects that started to show how those stories could relate in terms of beats, most notably the old (and unfortunately defunct) Chicago BlogMap and DC Metromap aggregators built on the premise of associating sites with stops on the “L” or the Metro.

Maybe some recently announced initiatives like the Public Media Accelerator may help us come up with a more sophisticated (but easy to use) solution. Or maybe y’all already know of a few folks that have dug a little deeper into this than I have? Maybe?