Home Observations A map to put your hope and faith into

There is an update at the bottom of this post. 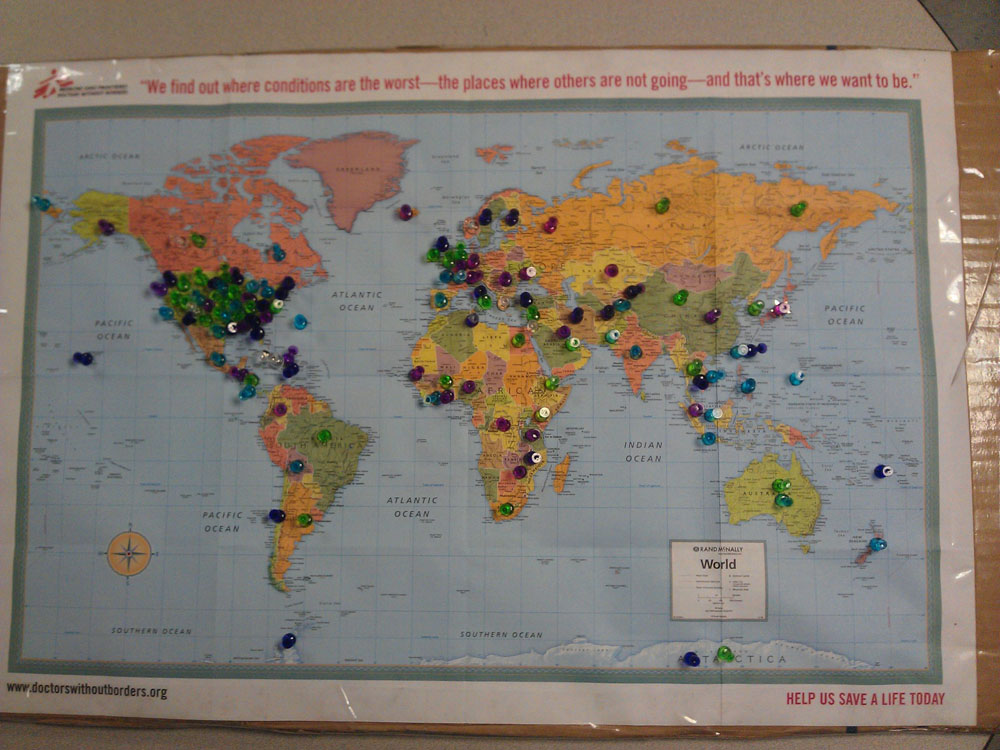 There are two memories replaying in my head quite often right now. The first one takes me back to Huey’s on River Street in Savannah at one of our regular after-work gatherings. Ben Murkison was still relegated to a stroller but found a way to reach behind my chair and nearly pull off picking my wallet out of my pocket. Yes, it’s something worth laughing at (especially now).

The other time was at the house Betsy and I were renting on East Bolton Street when Ben and Boomer (my cat) met for the first time. The stare down on the stairs between the two of them is still something of legend.

Ben, now 10, and his brother Brian (7) were in a car accident shortly after Thanksgiving. I found out about it after Betsy saw it on Facebook. Yes, Facebook. It’s been our connection to their father David’s updates and the prayer requests.

It’s also the basis of yet another compelling chapter in this young man’s life.

I’d try to tell most of the story myself, but instead I’ll share the words used by the folks at Land’s End on their Facebook fan page:

We just learned of a touching story through one of our customers. His friend was in a serious car accident with his wife and two sons over the weekend in Georgia. When the oldest asked what was being done for his younger brother, who is in critical condition, his dad told him that people all over the world were sending their thoughts and prayers. When he asked “Even from Fiji?” his parents said yes, and he started a map with pushpins to keep track of all of the kind thoughts people were sending. Since Santa is a good friend of ours, we’re sending him to the hospital with a pushpin from the North Pole and a bag of goodies for the boys. And, here’s one giant virtual pushpin from Dodgeville, WI. If you’d like to contribute a virtual pushpin to his map, type your location in the comments below. We’ll share it with the family.

I’ve never really stopped thinking about what it means to be a friend online nowadays. People tend to be quick to dismiss the digital sphere as one that serves no purpose. If it doesn’t provide some sort of instant gratification or joy, then why use it?

Similarly, some brands wonder why they don’t see any real impact from their online presence. In both cases they also seem to be quick to connect only with those they feel comfortable with – those they already know – instead of reaching out to those unfamiliar with them. They stick to messages that only broadcast their latest deal or product without showing they can be human as well. It makes me wonder if they ever truly thought out why they wanted to be online in the first place.

I’ve long wanted to be able to share a story that meant something to me to demonstrate the power of social networks – a way to cut through the drama of Klout scores and whether or not you need to be plugged in. The ability to also highlight something to remind us that the Christmas spirit isn’t just regulated to the twelve days we sing about or decorations adding to the cluttered world we already find trouble maneuvering through is an added bonus. It’s nice to see folks leverage their platforms for the benefit of others instead of making it more about a popularity contest.

There’s a young boy and his family spending another Christmas in southeast Georgia who can now share first hand just how connective this digital world really can be – and what it can mean for those who need support.

Maybe it’s supposed to be about doing what’s right and leveraging the network you have to bring more people together?

By the way, consider this one very large pushpin from Birmingham, AL.

The “Prayers for the Murkison Family” group on Facebook currently has 500+ members. There’s also an account set up at Wells Fargo to help cover medical expenses and beyond for Ben and Brian (the Murkison Family Fund). Donations can be made at any location across the country.

UPDATE: David has shared via Facebook on Sunday with some sad news.

…Tests Friday did not go well.

The doctors all agree that the injuries Brian has can not be over come. They are all surprised that he has made it as long as he has. We told only a few and stopped posting updates. We expected his time on this earth to end yesterday. Once again—Brian has exceeded expectations. He is remaining pretty stable. It is only a matter of time.

Our requests for this Sunday is for peace for Brian. We know he Is going to a better place. Our other request is for our family in the healing process. I have been most touched by the many tributes from other kids. Many that knew Brian— and Many that did not. Please say a prayer for them as this news gets to them.

We continue to read the updates and tributes to him. They are still motivational to us.

Please keep them in your thoughts and prayers at this time.