Home Commentary Why am I reading (or sending) this newsletter again? 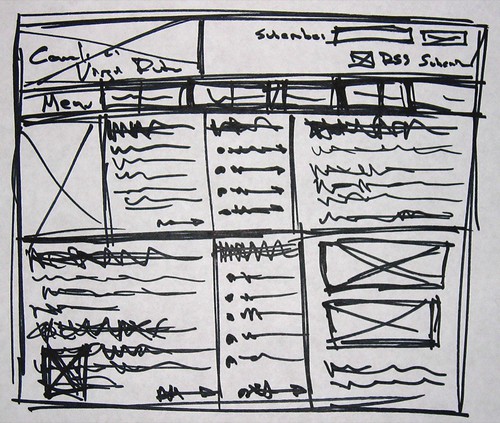 I’ve been starting to look at re-establishing an electronic newsletter for my community news site, The Terminal, while also looking at how a regular update like that would be useful for both this site and my personal blog.

It’s gotten easier as I’ve gotten into the process to determine what the end game is for each of these vehicles (yes, you need one). It’s all part of that whole idea of actually engaging with folks instead of being a blip on a timeline for a few seconds a day. Here’s how I’m thinking of using them:

The Terminal – If the site’s running on all cylinders, people will miss posts made throughout the week. The idea is to make it easy for them to catch up and give them ideas on how they may want to spend the weekend or the week ahead (still deciding on a day of the week). As a result, the express is becoming the 12:08 – so named for when The Crescent’s supposed to arrive in Birmingham on its way to New Orleans.

Dre’s Ramblings – I supposedly have all of these friends, but I feel as though I don’t really get a chance to connect with them. The email update will probably go out once a month – though it may end up only going out once every other month – but this way it’s a prompt for both sides to think about staying in touch more often. I’m thinking of it as a way to get back to letter writing…

Urban Conversations – It’s looking as though it’ll be a hybrid of the other two strategies. It will most likely not go out weekly as it’s more about opinion based pieces and profiles focused on journalism & urban revitalization, but it’s also a way to stay connected to those in both fields. BTW – subscribe here.

The hope for all of these is seeing some increased level of communication – whether it’s via an email thread in my inbox or a comment thread on the various sites. I’m no fool though;  a by-product of all of this will be increased traffic to the sites (and other things I decided to reference) in order to get a better understanding of what I’m talking about.

I’m more concerned about the conversations though. This would be in addition to following through on the whole information diet idea. I gladly blame Denise Cheng for getting me to start thinking this way. Her monthly updates are a great way to not feel out of the loop when I do get a chance to talk to her (especially when I don’t always get a chance to check out her blog).

Doesn’t it make sense to find new ways to prime the pump for conversation and not just worry about the traffic if we’re supposed to be encouraging more social interaction? Good content that talks to people (and not at or down to them) still wins out at the end of the day. It also gets folks talking…

You probably won’t see insanely high click-through rates at the beginning. Be patient (though it’s not a virtue people seem to hold in high regard anymore). Don’t just assume it’s about getting eyeballs to read content. That’s when you’ll be stuck with a nice list but little interaction – unless you’ve convinced them to somehow subscribe you your RSS feed instead.

What say all of you?