Home Journalism A different way to deliver the news digitally 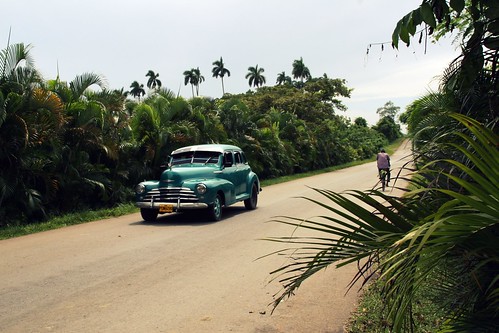 Ever since I learned about impress.js (and its fork, jmpress.js), I’ve been wanting to find an excuse to use it to create a presentation. I seem to have this habit of wanting to change key points at the last minute though, making using it more of a hassle than is needed when you’re preparing to speak in front of groups of people.

The recent discovery of a visual editor being developed (currently in alpha) called Impressionist (and a similar tool called Strut) should make it easier to kick that excuse to the curb. After installing the former on one of the servers available to me and playing with it, I started to think about what could be possible if you went beyond presentations? While jmpress.js makes it possible to build websites, I’m not sure it fits the bill here.

Then I found a post from Russell Fair over in Atlanta talking about his work on a WordPress plugin that makes it possible to construct impress.js presentations via your site install’s administrative backend. It now seemed possible.

What if you were using it to deliver news and information in a new, engaging way?

We’re so focused on using a traditional page layout online that attempts to break the model have not always been well received – for some reason Andy Rutledge’s proposed NYTimes redesign from last summer always comes to mind when I think of those battles of will, because of the sheer number of responses (e.g. 1, 2, 3 & Storify)  received as a result of his observations. I’m still not sure what I think about that (except it’s not as easy to solve as some would like), but I know that while pageviews are the metric used by many for generating revenue there needs to be several possible tools available to make sure we’re still delivering information effectively while pushing the perceived boundaries.

The seemingly never-ending story surrounding Journatic has forced us to look at the delivery issues as a by-product of dealing with the (more important) one of exactly how the work of collecting information is being carried out. There’s also been an increased focus on what happens when the presses stop running daily thanks to the coming changes to Advance Publications titles here in Alabama and New Orleans.

Maybe you build out a slide deck for a news story via impress.js with your first “step” being an image of the main focus of your story. Then you find yourself zooming into a portion of the image to “take a closer look” at the details as the next slide. You’d be able to embed images of infographics; or videos; or anything else you can possibly think of using. It allows the story to be linear (or circular) and added to as it develops – you can always add another step or slide as new details or information emerges. The code also provides the potential to build some non-traditional looking timelines. It’s partially a case of not doing the same old thing and making sure it’s one of several tools in the toolbox so it doesn’t become overdone.

Everyone’s always making recommendations about how “the future of journalism” will work. The funny thing is, the future’s now. We do need some building blocks as guides, but the best way to see what’ll work is to see what rules can be broken as we create the path to modern online digital newsgathering. Finding a way to make stories more engaging using HTML5 and JavaScript is just one example of what we could try to do over time. It’s not quite as game-changing as a project like Newsbound can be (currently vying for a Knight News Challenge Grant – thanks for the heads up @webjournalist), but it’s a start.

While this idea might raise the ever more frequently asked question of whether journalists need to be just as versed in programming as they are in piecing together the perfect article, it does ask us to start to take advantage  of the benefits associated with being online to tell the story in a way that text on the screen alone isn’t always able to accomplish.

What else can we do (or maybe there’s already something like this out there)? Are there some other paths we should recognizing?