Home Best practices Four Agreements Be Impeccable with Your Word 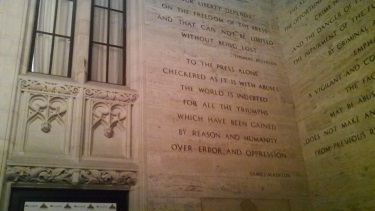 I’ve found I’m not one for rules; I’m a bigger fan of guidelines or principles. It’s easier to deal with the task at hand and stayed focused when I’m not worried about violating some arbitrary standards carved into stone (though these words of inspiration carved into the Tribune Tower’s lobby in Chicago are always enlightening and empowering). As a result, it’s always been tough to talk about how I approach writing or carrying out a digital strategy.

January 2013 is forcing me to tackle this issue head on and helping me lay the groundwork for what I hope is a more productive year.

Enter part one of this exercise – The Four Agreements of Blogging. 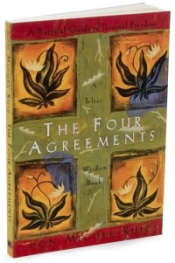 Yep, I’m taking Don Miguel Ruiz‘ book about personal freedom, The Four Agreements (affiliate link), and applying the principles contained within to blogging. If you haven’t heard of the book or read it before, I’d strongly recommend picking up a copy soon (in the meantime, here’s an overview of the agreements). The results will serve as a framework I can speak from as I prepare to not only serve on a See Jane Write panel about blogging and community journalism on January 10, but for my third year of leading a session on starting a blog for Food Blog South at the end of the month.

Laying out realistic expectations is a great way to start as it relates directly to the first agreement – Be Impeccable with Your Word.

There is a lot of power behind words, whether or not we want to always acknowledge it. Words can help or hurt a person in a split second. It’s somewhat poetic to be writing about the power of words on the 150th anniversary of the Emancipation Proclamation, a transformative collection of words in the history of this nation.

Words can also help a blogger build trust with their community of readers. It takes time to gain that respect from those who regularly visit. The ability to say only what needs to be said is quite valuable – and something that may come easier in the age of Twitter. One hundred forty characters helps folks remove fluff whenever possible.

I’ve been maintaining some type of blog since July 2005. I even built a website on what was then a blogging platform because of its simplicity. There have been days of multiple posts and moments of writer’s block as I attempted to battle the idea of folks who didn’t agree with my thoughts. Applying this agreement helped me battle those thoughts in several ways:

Establishing a content calendar – There are several schools of thought about how often folks should post. I used to believe in posting daily (if not several times a day – probably abusing the scheduled post functionality to a fault). That approach led to being burnt out quickly. It’s easier to take a look at what’s going on in the world and in life and have the ability to focus. It allows you – and those who regularly visit your blog – to focus on dedication over consistency. It also makes myself more accountable – to you and to me. How the schedule works out as the year progresses will be important, though as Mack Collier said on his site today, “done” is better than “perfect” when it comes to blogging.

Defining topics – I’ve found the more deliberate I’ve become with my areas of focus, the more I actually have to say. It’s a lot easier to write posts when you know where they’re going to live. Currently, I’ve got a pretty cool setup for 2013:

Embracing a willingness to learn – It’s helping me focus on topics I’m comfortable with. Note I didn’t say topics I know inside and out. Some of the most powerful and trustworthy words uttered are “I don’t know.” It may be nice to be seen as an expert, but it’s been a lot more fun to learn along with those reading your work. An honest hunger for knowledge and truth has always trumped the ability to “know it all” for me.

The result is knowing how to make words work for me and being better equipped to tackle adopting the other agreements. They all stem from the acceptance of this one after all.

It really helps you not take things personally, but that’s the subject of tomorrow’s post… 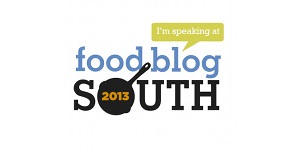 Urban Conversations takes a look at connecting in a digital, urban age in communities both large & small, online & off. More...