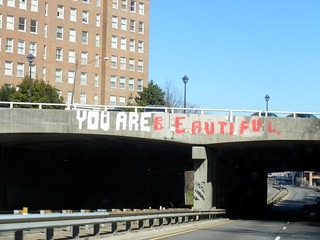 The first post in this series focused on how folks can take a more deliberate approach to creating a framework for your blog posts. It asked you to be impeccable with your word and to recognize its power.

Today’s agreement is just as simple though complex in meaning. It also gives an excuse to look at something many see as essential to being able to call something a blog.

Here’s the agreement: Don’t Take Anything Personally. The topic? Comments.

They tend to be one of the things about which many bloggers get nervous. It’s great when folks are agreeing with what we’re sharing via our blog posts, whether it be a photo, a video, a story, or a point of view. The result is often a series of statements similar to “I totally agree” or “me, too!”

The trouble begins when you get that first person who visits and says “you’re wrong.”

The problem doesn’t really involve your being “wrong” per se; instead it’s normally about having a different sets of beliefs (or dreams as they’re referred to by Ruiz) than the commenter. The best way to handle those types of statements is by remembering that you’re approaching the topic from a different set life experiences and lessons while posting in hopes of others at least considering accepting your approach as theirs.

It’ll help to recognize how much you believed in what you decided to share in the first place. If you’ve been impeccable with your word (and your approach to preparing your post), you shouldn’t be scared of being challenged by others. As a matter of fact, one of the benefits of blogging to me is the ability to be exposed to different points of view and hearing other ways to get to your own. I’ve never been comfortable when folks don’t feel like challenging some part of my belief system.

Then again, I also remember a time when folks knew how to debate and not argue. The difference? After a debate, you can still shake hands and head out for a pint or over to the coffee house even as you agree to disagree. Arguments almost always leave someone – if not both people – feeling a little bitter. I digress though…

Are there other possible solutions?

Well, the simplest solution for some would be to turn off any ability for people to comment. It’s been adopted by some very prominent sites, including Seth Godin’s. He offered this explanation for  his decision back in 2006. It can diffuse the chances of unpleasant public exchanges of opinion, though some many simply choose to right their response via their own blog or a status update on a social network while linking to your original piece.

I’d recommend having an email address or comment form available somewhere on the site and establishing a response policy (more on that in via the next suggestion) if you choose this option. FYI – that policy comes in handy across any and all of your digital platforms as evidenced by this post on Crain’s Detroit Business’ blog late last month.

Creating a comment policy – The blog is yours after all, meaning you can set whatever rules you’d like in order to maintain your definition of order. Many have turned to creating a policy that requires use of real names, valid email addresses and/or existing social media accounts to ensure a loose sense of control over what’s said in response to a post. It’s been known to help keep the tone slightly more civil.

I’d recommend that policy also include an internal section aimed at yourself – one that sets boundaries and reminders about how to respond civilly. There’s no problem being firm in a response, but remember it can add more fuel to the fire. Many choose to thank the person for the response and offer any clarifications possible. It shows that you’re willing to listen and discuss. This flowchart developed by The Ohio State University’s Medical Center may help show just how simple (& helpful) a policy can be for you. 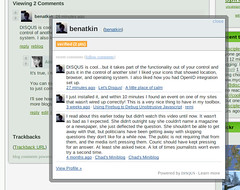 Using a third-party commenting system – This is somewhat related to the last suggestion. I’ve long used (and still love) WordPress. Updates to its commenting system in recent years makes it easy to manage who gets to reply to your posts. That said, you may notice that I use Livefyre as the third party commenting platform for this site, making it easier to enforce unspoken policies on the site. It also makes it easier to ban IP addresses that tend to like to stir the pot (in addition to spam). I’m also a fan of Disqus (I use it over on The Terminal) and Automattic’s product, IntenseDebate, has some loyal users as well. It also allows another vehicle for new readers to discover your piece.

Realize though that sometimes the post will be shared in part because someone doesn’t agree. I’d be more worried about how the conversation that stems from that disagreement develops and less about the disagreement. Setting up some policies can go a long way in helping you not take things personally.

Next, we get to talk about all the ways we don’t need to be assuming…