Home Commentary Do we stay online in community or flee in fear? 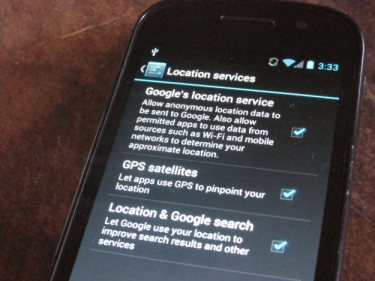 Earlier today, I vented – big time – on Facebook. It’s not a big deal, people do it all the time.

That was part of the reason for the virtual venting.

The issue – the recent digital tsunami of emails, posts, and status updates circulating based on something that’s already been written up on Snopes – the privacy concerns of those who use their smartphones to take photos. The fact the information was spreading quickly was nice, but I did feel the need to post the following after a status update I posted last night was replied to indirectly with the Snopes link above:

I’m thinking I should just create a list that says “non-bunker digital” and go from there – we need to decide exactly how we want to live. I don’t know if I want to live in fear anymore…

It was probably a little harsh for some, but I felt it was warranted. It wasn’t necessarily because of the content, but because I realized folks hadn’t been paying attention before. The video referenced in the note was from 2010. While Apple still allows you to turn off location services for individuals apps like your camera on one screen, Google’s latest version of Android doesn’t necessarily make it easy (it’s pictured above), and doing so renders parts of the Google Now/Siri experience essentially useless.

The new Blackberry Z10? One option. By the way, here’s a nice compilation page for those of you looking to de-activate location services on various devices (sans Blackberry), courtesy of the folks at Amazon.

Then there’s the fact that several services (e.g., Facebook, Twitter, Instagram) actually strip the EXIF data from the public side of the image (though several still leave it quite accessible if you know what you’re doing). If you take a closer look at that Instagram link it’s from Flickr and they don’t strip it out (I wouldn’t expect them to given the service they provide). Oh yeah, and nobody was talking about all of the other stuff that potentially exposes much more about who you are, where you live, and what you do on your phone.

I ended up saying a little more as a result:

We seem to be fearing life, or the true ability to connect, or the Man. Maybe we need to still be scared, but I don’t know if I want it to control everything we do as a society. Folks don’t seem to think for themselves; they react to whatever the masses tell them is the worry of the moment. I read something the other day that said these aren’t social networks, but digital spaces (sounds like someone we probably said during that seminar class way back when, right Rebecca).

NOTE: Rebecca is a classmate of mine from college who was a co-presenter on a topic during a seminar we took where we focused on the impact the Internet would have on the use of public space and the city square. Yes, we still talk online occasionally via Facebook.

If these are truly spaces, we should know what the rules are before we enter them. Read the Terms of Service (or demand one written in plain English) for an app or website before clicking on them so you’re not reacting after the fact. Decide if you want out of your digital online existence – is it meeting folks with similar interests or maintaining better connections with the collection of people with whom you’ve already connected? If those photos are just for you and not for the world to see, don’t post them anywhere and wait until you’re home on your (hopefully) password-protected wireless network, download them to a local device or digital frame, and share them that way. I may be asking for too much, but you never know…

I am not saying that some shouldn’t be worried or concerned – it’s more about your particular level of comfort both on and off-line. I am saying we should be much more vigilant when thinking about how and why we’re online in the first place. Even as folks try to find a way to protect themselves and delete their trails, forensic experts have shown there is always a way to glean some form of a digital fingerprint.

Perhaps it’s time to stop always reacting and start demanding a clearer picture up front of what and where we’ve chosen to add our voices (written and recorded) and images. It would give us one less siren to chase down after the fact. It may also keep us from abandoning the pixelated world we’ve help create.