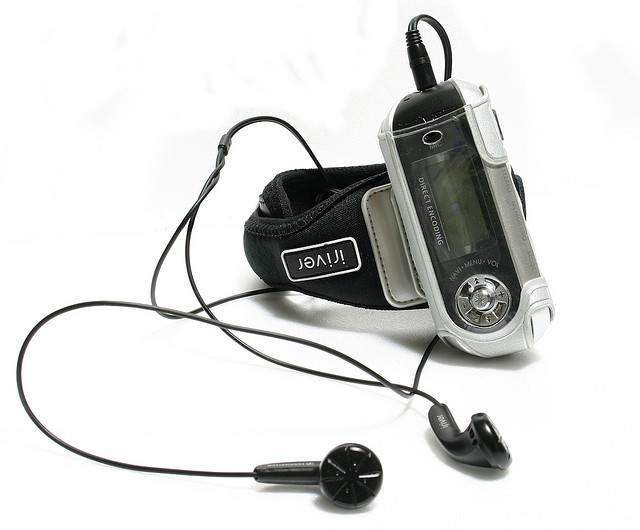 We love simplicity, even if it means we’ve complicated the issue. The iPod serves as a symbol of selling simplicity as shiny versus usability. I still have a mp3 player that I use when I’m not worried about tracking my steps or a run (thanks, Google Fit). Yes, it’s an early iRiver model that looks similar to this one. The player has a built-in FM radio tuner and still works. It can connect to my laptop via a USB cord and I can upload music files or audiobooks. It’s smaller and lighter than my old non-smart phone, though I still had to carry that with me if I had to be accessible (it’s a big deal to be reachable as a hotel general manager and a government agency employee). It was also not necessarily easy to figure out when I first got it, though I got used to it.

When the iPod was first unveiled, many seemed to love it because it was easy to use; it just worked. There was still no connectivity to the Internet while you were out and about (save for plugging into your laptop) and you were still carrying multiple devices. Then it morphed into the iPhone and it wasn’t that hard to justify carrying the single device despite the dramatic change in potential battery life from your old mobile phone.

The day I own a car that lets me use my phone as the key (and it’s coming) will be a joyous day for my pockets indeed. Less stuff to carry — though I then have to hope the phone has enough battery life left if I’m unable to charge it while I’m doing whatever it is that has me out and about. Convenience will be great, though it’s not truly as convenient as we think once you take that step back.

The folks at The Guardian seem to have captured my thoughts about the digital community’s recent focus on live-streaming video (a la Meerkat and Periscope) via this excerpt from a recent story:

“All of Meerkat’s features are currently available through existing live-streaming apps such as LiveStream and UStream, although Meerkat appears to have a more seamless connection to Twitter.

One might venture that Livestream and Ustream are more useful, given that a meerkat broadcast is so ephemeral. It can only be watched while it is live. The broadcasts are not saved on the website. If you click on a link to a finished meerkat, you just get a message saying it has finished.”

BTW, I’d add Google Hangouts to the list of options currently available that are more useful though not fully understood — and you get to leverage the YouTube search platform — but I digress.

Now, about these two… 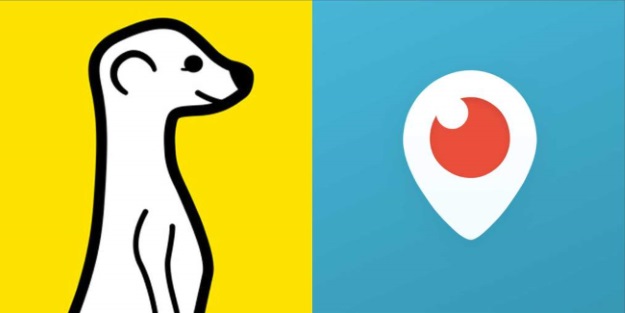 It’s funny to say these new apps have transformed news (or only now “gone mainstream”) when many were glued to laptop and mobile device screens during the Ferguson riots (this links to an archive of those livestreaming; note how many were on UStream or Livestream) or Wendy Davis’s filibuster (here’s the video of its closing moments) in Texas back in 2013 while wondering why mainstream news wasn’t carrying them in real-time. I could point out how weird it is to say we’re watching news (or sports) on our phones or talk about major media market bias playing into both of those instances, but those are topics worthy of their own posts.

We can talk about how these two apps of the moment may be a wake-up call for those already entrenched in the market to step-up integration with existing social networks (though it already exists) to make it more seamless and less clunky (though I’m not sure how that’s accomplished). We do tend to broadcast a lot and listen very little. The ability to rush to coverage without understanding the nuances of getting the facts right just seems crazy. Then again, apparently we love to even debate the issue of getting the hype story about livestreaming wrong, though we may want to go in a different direction with the conversation.

It seems that what Meerkat and Periscope have done is make it easier to think about encouraging a conversation by leveraging existing platforms. We’re focused on making it work for everyone, though maybe we need to wonder if we’re trying to reach everyone or just those truly interested. Wouldn’t they come and find it anyway? Or have we embraced the next stage of “tell me what to do!” at the expense of exploration? People are already broadcasting — and we seem to find them — though we apparently want more because it fits the old system. I think we do focus on the tools way too much (a la Mack Collier’s recent comments), but focusing on the people also requires studying why they choose one tool over another and what it could mean for context moving forward.

Watching the new system of sharing evolve continues to be entertaining…