Urban Conversations is the home of a long term project containing the professional musings of André Natta, an urbanist, economic development professional, and freelance journalist based in Birmingham, AL.

The website takes a look at the worlds of economic development, urban revitalization and social media, particularly at how these worlds are beginning to collide in imaginative and creative ways. We’ll take a look at how people are using social media to make their cities better and more engaging while hoping to stoke the fire of conversation to see if we can’t add to the list. 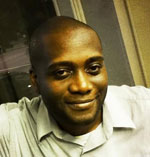 A Bronx, NY native, André originally thought his life would be spent behind a drafting table, leading him to study architectural history and architecture at The Savannah College of Art and Design in Savannah, GA. He received his Certification in Main Street™ Management from the National Trust Main Street Center in 2008 and has previously worked in the field of economic development in both Savannah & Birmingham, AL.

André started The Terminal, a community news site about Birmingham, AL, in March 2007 (having maintained his personal blog, Dre’s Ramblings, since 2005). The site was included in Birmingham Magazine’s 2007 Hot List, placed in The Birmingham News’ annual reader’s poll for best local website for four consecutive years (beginning in 2007), and was included in a list of more than 100 promising community news sites by the Reynolds Journalism Institute at the University of Missouri in 2010.

He’s served as a member of the organizing team for #wjchat, a weekly Twitter chat focused on digital journalism, since 2011. He is also the digital media specialist for the Southern Education Desk, working for member station WBHM.

He wrote a monthly column on social media and how it’s impacting the future of Birmingham, called The Digital City, for B-Metro Magazine for five years in addition to his occasional posts to this site. He is a city appointee to the Jefferson County Historical Commission (serving as its treasurer) and is a member of the implementation committee for the City of Birmingham’s comprehensive plan.

He currently lives in Birmingham’s Norwood neighborhood with his girlfriend and cat. — always waiting for the next baseball game.

André’s CV, including access to his resume and a list of presentations and interviews conducted in recent years, is available for review. He may also be contacted about working on consulting projects.